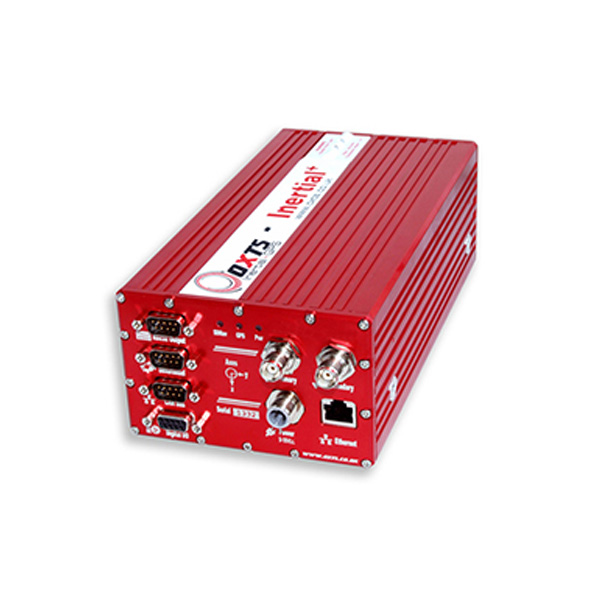 The Inertial+ Navigation System is an extremely price competitive solution for improving measurements from a GPS receiver. Designed as a drop-in component the Inertial+ takes the serial NMEA data from your current GPS receiver, blends it with inertial sensors and outputs the improved data in the same NMEA format. Other input and output formats are supported.

GPS often jumps because of multipath and changes to the satellite constellation. The Inertial+ measurements are computed from the gyros and accelerometers, which do not jump. GPS is used to update these measurements and prevent them from drifting.

Even when GPS is not able to make a measurement, the Inertial+ will output from its inertial solution. Using a wheel speed odometer input the drift rate in position can be as low as 5 metres in 2 minutes.

As well as improving position and velocity measurements, the Inertial+ measures Heading, Pitch and Roll. These are important for correcting cameras or laser sensors.

The Inertial+2 system is designed to use dual-antenna GPS for even greater heading accuracy. Using two GPS receivers, a very accurate and stable heading measurement is possible under low dynamic conditions, such as aircraft flights. Heading accuracy is constant during long flight lines, where inertial systems typically reduce in accuracy.

It takes a lot of time to correct poor GPS measurements by hand. Often geo-referenced data is lost because of poor GPS. Hours of time and many geo-referenced images can be saved with an Inertial+.

Simple configuration software allows the user to change the mounting angle; displace the measurement point to a virtual location; change the GPS receiver type and many more. Once configured the Inertial+ works autonomously and does not require user attention. It can be used by non-skilled operators.

The internal logging enables the Inertial+ range of products to work stand-alone. Post-mission, data can be output in ASCII text format and loaded in to the software of your choice.

The outputs from the Inertial+ have less delay, or lower latency, than GPS. It is not necessary to wait for the GPS measurement before the data is output. The GPS corrections will still be accepted if they are more than 0.5s late.

The precision ADC in the Inertial+ systems gives more than 20 bits of resolution. The resolution of the acceleration measurements is 0.12mm/s² (12ug). The ADC oversamples the analogue sensors and uses coning/sculling motion compensation algorithms to avoid aliasing of the signals.